Buying the shares of a company is like owning a part of the company. Interested investors purchase or “subscribe” to the shares. The number of shares that are made available for public issue is called as Subscribed Capital. Hence the Issued Capital and Subscribed Capital are almost same most of the times.

Prabhat Dairy was a company that came out with its initial public offering (IPO) in 2015. It had offered or issued 4.12 crores to be purchased by 4th September, 2015. However, by the end of 17:00 IST, only 3.11 shares had been picked up by various entities. This in investment banking parlance meant that only (3.11 / 4.12) = 0.76 subscription had happened. 100% of the shares had not been bought and 24% of the shares remained unsold. This situation is called an UNDERSUBSCRIPTION.  Thus, the company ended up extending the IPO period by three more days and lowering the price band of offer.

The percentage of capital – 76% is the SUBSCRIBED CAPITAL so far.

Subscribed capital gives at a glance, the number of shares and the value of shares issued with public or private. It is an important number to note during an IPO and also when the company is looking to alter its capital status. One can quickly understand the outstanding number of shares by looking at the authorized capital and subscribed capital and the management can take decisions regarding whether to issue or not to issue new shares for increasing control.

During the times of growth for a company when it might be considering private placement or selling a stake, the number of shares subscribed gives a list of the major shareholders holding the stakes and who are the subscribers. This list of subscribers of the company shares is an important one during the times of proxy voting and resolution passing when a majority vote is required.

Controlling shareholders with higher subscriptions can sway the decision making in favor or against the Board of Director’s decision. Thus, a subscription overall for the company is important as well as how much controlling stake does each majority shareholder has.

A company’s capital is the spine behind the anatomy of the business. It requires the strong support of a robust equity capital in place to provide anchor and status of strength to the scale of the company. An under-subscribed company will have lesser negotiating power than its competitors to gain a good listing on a stock exchange. If the under-subscription needs to be taken up by an investment bank or syndicate, the company loses on the fees as well as the share premium. Thus, subscribed capital is an important benchmark for any company worth its salt in the business. 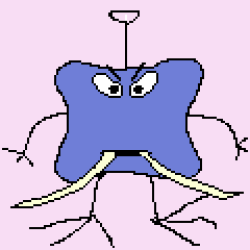 Ankita Awasthi is stock market expert and have experience more than 7 years. Also she is a MBA in Finance and worked in investment banking, Bitcoin and cryptocurrency.

Education loan is a special type of loan designed for students hoping to further their education, particularly post-secondary school students, helping them to fulfil their […]

How to Earn money online from Apps – Android/IOS

Authorized Capital What does a company do when it needs to raise more shares than existence in the market? It needs to first check its […]