iPhone 14 will be Make in India

Apple is looking the possibility of shipping its upcoming release of iPhone 14 from India as the company is looking to mitigate the geopolitical risks on the supply efficiency by creating production sites outside China. Currently it is solely depended on China for the manufacturing.

In the short term, the iPhone shipments from India will still have a considerable gap from China, but it is still an important milestone for Apple as they are building a non – Chinese iPhone production site for the very first time. Currently the devices are manufactured by three contractors in India – Foxconn, Wistron and Pegatron. These three are a part of the Indian government production linked incentive scheme. They would require to produce products every year worth INR 8,000 crore to get the incentives.

Apple had been manufacturing iPhones in China for a long period of time and is looking for alternatives considering the Chinese government’s clashed with the United States and also the other factors including the recent Covid-19 recent lockdown to curb the spread of the virus.

Foxconn Technology has studied the process of shipping components from China and had assembled the iPhone 14 device at their plant outside Chennai, Tamil Nadu. Both Apple and Foxconn is ultimately looking for simultaneous production in India and China. But it is not realistic for this year. But it remains the long term goal. The first production of initial iPhones are to be finished in late October or November following its initial September release. With this it has also generated employment opportunities for large number of people in the country. 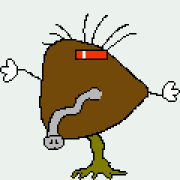 Rajni is the regular reader of different newspapers and articles and writes about Financing and Investments. She also often writes for breaking news.

How long does it take Upstart to approve a loan?

How to Calculate Finance Charge

How the feds tracked down 3 6 Billion in stolen Bitcoin

Is iPhone 14 lineup will be Make in India?

How My Near Services app changing modern marketplace?
July 28, 2022

How My Near Services app changing modern marketplace?

Europe fears it could be too late to shake off russian gas addiction
June 27, 2022