In the wake of security breaches, Facebook’s pains and sufferings seem unending at the moment, as its stock continues to perform badly in the trading market. A series of scandals have thrown the company into big trouble.

Facebook had earlier acknowledged that about 50 million users had their data compromised. Another big blow to the company was its alleged involvement in the theft of personal data of some users and the manipulation of its content to help garner votes for Donald Trump. The recent EU regulations on data privacy and sharing also caused a drop in users in Europe resulting to a reduction in estimates for the year.

However, efforts to replace Mark Zuckerberg, its founder, has intensified. The company had its initial public offering in 2012, trading under the name – NASDAQ: FB. The company’s shares continued to slope downwards trading around $159 which is a 1.8 percent decrease in its last trading price. The drop simply means that, Facebook has made a loss of about 10 percent in stock this year alone.

Following the recent losses, questions have been asked about the reactions of users and advertisers alike, as well as its implications on long term profit margins. The reported a significant eleven percent increase in monthly user and daily users to about 2.3 billion and 1.5billion respectively. The company also enjoys large number of mobile users of about 1.8 billion.

In the second quarter of the year, Facebook announced an income of about $14 billion and about $1.8 earnings per share (EPS). This is largely due to stock buybacks of more than $3billion and a tax rate of 13 percent reaching a $1.7 consensus. Despite the positives, the company failed to reach its revenue target by a $13.34 billion consensus, a development which seemed like the first time it failed to reach its target since 2015.

Furthermore, its costs and expenditures was predicted to rise by about 10 percent in the rest of the year and also increase rapidly by 2019, even more than its revenue. At the same time, it expects that its capital revenue to double this year to more than $15billion and even more in 2019. It also speculates a significant decrease in its operation margin, down to about 30 percent as against the 50 percent recorded in 2017 and 45 percent in the second quarter of 2018.

Facebook also suffered a $119.4 billion loss in market capitalization from a previous amount of $629.6billion to $510.2 billion.

In this same year, the US federal trade commission started a plan to review the company’s privacy policy. With J.P. Morgan getting worried about the company’s increase in investment expenditure, it reduced its price target from $205 to $195. In the same vein, it reduced the company’s expected revenue owning to an increase in its investment expenditure. As we move into the new year, privacy issues and competition are still likely to persist. If any other scandal or poor quarterly performance appears, Facebook will definitely witness a crash in its shares. 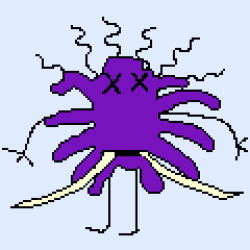 Fair Issac Corporation The fair Isaac corporation popularly known as FICO is one of the highly sorted after in the digital industry. The FICO behind […]

Best stocks to buy for long term growth In the world nowadays where profit making is the order of the day, no body want to […]

What are Safe and Strong performing Funds to invest

Why Autodesk deals PlanGrid for a high amount of $875 Million?