Impacts of currency demonetization to investments after 2 years

However, by virtue of tradition, the fixed deposits have been considered the in-demand interest option for the people involved and this gives a better security to capitals. The demonetization has added to the things that led the people to other possible investment alternatives so as to make all the possible income. Demonetization and some other factors such as reduced interest rate, great return from equity have also contributed to the shift in the interest of the people in terms of investment.

Demonetization has also led to an increase in the number of people who now gets involved in the technological form of investment, popularly known as the cryptocurrency, which has proven to be a very good type of investment as compared to some others in the market. Cryptocurrency had a tremendous increase in value over the years, although having a fall in value as at present due to its ability to make better profits.

It is important that one should be able to make the essential profit required from the investment. The demonetization also caused a higher interest in the use of the mutual funds and placed a downward effect in the interest rates on investment.

The demonetization actually had a positive input on the time of investments (assets such as the mutual funds) which had an increase in the number of people actually participating in other essential investments. This acted as a catalyst for the increase in investment of these financial instruments. There was a massive inflow of about Rs. 1.23 Lakh crore for the investors over the years after demonetization. This has brought about a sudden shift towards investments in the Indian country and it’s surroundings. 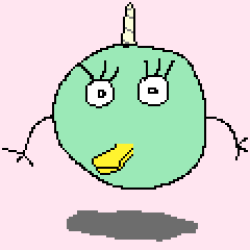 Avoid investment in Debt Funds when Interest rates are going up

Why avoid investment in debt funds where interest rates are going up In the world of investment, one thing we do not want to happen […]

RBI benchmarks rates Well, for very country there is a central body which works on the financial stability and capability of the country. This central […]

Financial planning after marriage Tax and finances can be affected by marriage, divorce or parenthood. In marriage, more financial opportunities might be created as well […]